At a Glance: 2018 Gubernatorial Races 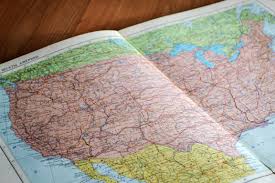 While it is not garnering the same amount of media coverage the battle for the U.S. House is, 36 governors’ races are set for this November and of those, 26 (72%) are currently held by Republicans. According to RealClearPolitics (RCP), this November will be a competitive one as there are eight toss up races, seven races rated as ‘Lean Democrat’ and three races rated as ‘Lean GOP.’

Regardless of how the contests turn out, it’s important to know that more than a third of the state capitals will have new leadership, with 17 states guaranteed to elect a new Governor. Of the 17, 16 are either term-limited or retiring and one incumbent, Governor Jeff Colyer (R) of Kansas, was defeated in a tight primary by Secretary of State Kris Kobach.

Takeaway 1: This primary season, GOP candidates endorsed by President Donald Trump had a lot of success. On top of Kobach’s victory noted above, President Trump-backed candidates won the GOP nod in open seat races in California, Georgia, Florida, Michigan, and Nevada. Though President Trump did not make an endorsement in the Minnesota primary, Governor Tim Pawlenty (R), who has been critical of President Trump, lost to a far more pro-Trump candidate in Jeff Johnson (R) in his attempt to reclaim his old office. Longtime GOP megadonor and investor Foster Friess (R) of Wyoming was the only Trump-backed candidate that ended up losing his primary. President Trump also endorsed incumbents who were facing a primary challenge in Arizona, Arkansas, South Carolina, Texas, and Wisconsin, all of whom ended up advancing to November.

Takeaway 2: Governors’ races in traditionally red states like Alaska, Arizona, Georgia, and Kansas, along with traditional battlegrounds like Florida, Ohio, and Wisconsin, all won by President Trump, are rated as toss-ups for November.  But, blue state Republican governors appear to be safe as Maryland, Massachusetts, and Vermont are all deemed so by RCP polling.

Takeaway 3: Two Democratic candidates who have garnered a lot of attention and are in close races are Andrew Gillum of Florida and Stacey Abrams of Georgia. Both Gillum and Abrams have been endorsed by Senator Bernie Sanders (D) and defeated more establishment candidates to qualify for the general election by energizing the party’s progressive base. The matchups in each state feature a pro-Trump candidate against a Sanders-backed candidate and have received a lot of publicity.

If you are looking for more information, you can find the breakdown on the gubernatorial races here and a downloadable version here.