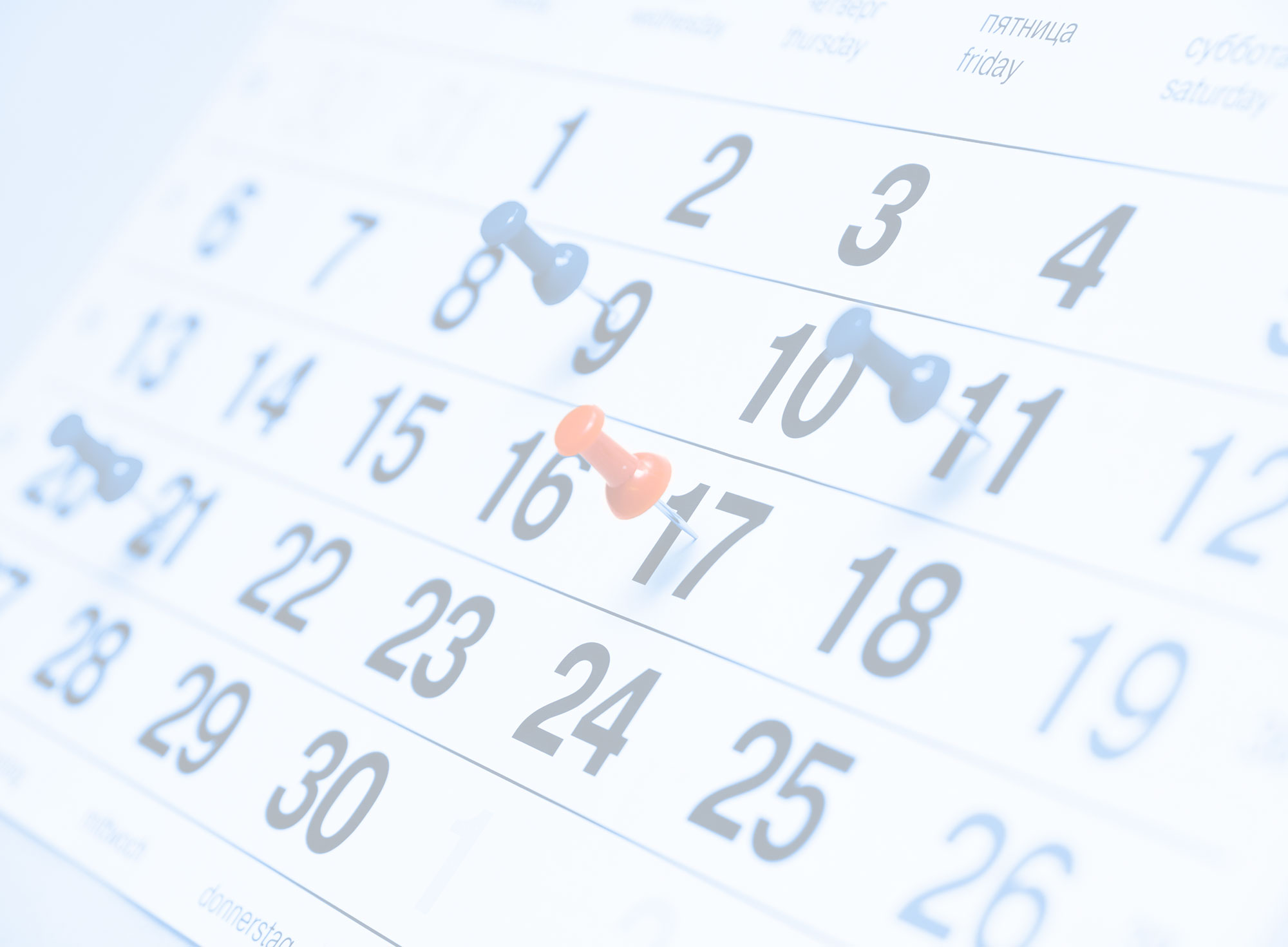 With every state now simultaneously under a declared state of emergency for the first time in history and 43 states under stay-at-home orders, legislatures across the country are being forced to square their constitutional obligations with compliance with strict social distancing measures. Add to that significant changes to expected tax receipts due to an economic shutdown, strain on existing budgets as states lean into COVID-19 response, and balanced budget requirements, and governors and state legislatures are scrambling. Many of those legislatures are taking unique approaches to session schedules in this time of uncertainty. These differences reflect the multitude of constitutional and legal requirements under which each state legislature operates in any given year.

As of April 16th, state legislatures are broken down as: 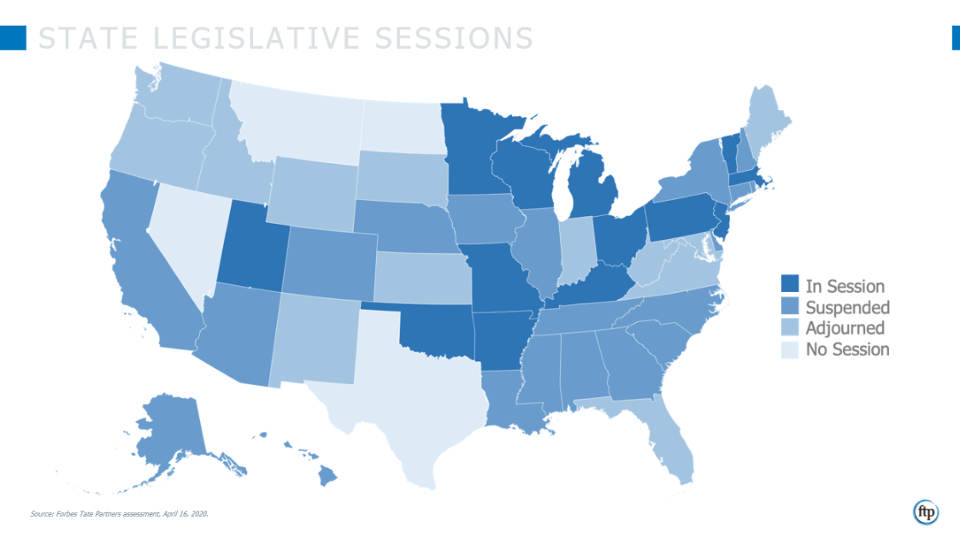 There is also the potential that, regardless of what legislative actions states have already taken or will take in the coming months, legislatures will be forced to reconvene in special sessions later in the year to take care of unaddressed but constitutionally mandated items. Many legislative leaders and governors have openly discussed this possibility, though such discussions are often caveated with an acknowledgement that future action at the federal level may help obviate the need for any special sessions.

States in Session [i]

For many state legislatures, the balance between addressing the COVID-19 pandemic and adhering to strict social distancing guidelines is butting up against legislative sessions with end dates prescribed by law and impending statewide elections. In this context, it is no surprise that 13 states and the District of Columbia are either currently in session or have made no announcements regarding changes. Even so, these states have all accounted for the reality of the danger posed by the outbreak and have taken steps to preserve legislators’ health through meeting online and passing rules on remote voting.

For most states in session, in-person meetings have been curtailed significantly and legislators are moving rapidly to complete required business. In Arkansas, for example, legislators are hoping to wrap up remaining fiscal business as quickly as possible in order to conclude on Saturday (April 18th), nearly three weeks ahead of schedule. In Michigan and Minnesota, meanwhile, the legislatures have made plans to meet only as needed.

Other states with the flexibility to do so have moved their business online. The D.C. Council, for example, met online for the first time in history on April 7th to pass legislation responding to the pandemic. The New Jersey and Vermont legislatures have also been meeting remotely, while chambers in the Oklahoma and Pennsylvania legislatures recently passed rules to permit remote voting.

Finally, when in-person meetings are required, legislatures are going to extreme ends to avoid close contact. For example, during a special session to pass a “COVID-19 Rainy Day Fund,” the Arkansas House met at the University of Arkansas at Little Rock’s Jack Stephens Center to hold votes in a location that offered more space to spread out. Michigan legislators, meanwhile, avoided gathering by waiting in their cars until it was their time to vote and undergoing a minimal health screening before entering the building.

As it stands now, 20 state legislatures that would otherwise be holding sessions have suspended work due to the COVID-19 pandemic. In some cases, legislatures have pegged a specific date to return, but with an understanding that the date may not hold. Other legislatures have simply said they would revisit the issue at a future time as the pandemic develops. Still others have pegged a specific date but have already had to push that date back at least once.

Though these legislatures are in recess, they retain, and they have used in some instances, flexibility to return to address one-off issues as necessary. Moreover, a number of states worked quickly before going on recess to address some outstanding issues. For example, in Arizona the legislature approved $50 million for COVID-19 relief before adjourning, while in Georgia legislators met in time to send bills to the other chamber by the required “Cross Over Day.” In Nebraska, legislators met to authorize emergency funding, and in New York, legislators met to pass a state budget.

State Sessions that have Adjourned [iii]

Thirteen states have adjourned their sessions sine die, most in line with previously scheduled adjournment dates but some quite a bit earlier, and one later, than originally projected.

Among the nine legislatures which adjourned largely as scheduled, session end dates primarily fell towards the end of February/beginning of March before significant social distancing measures were in place. Idaho and South Dakota were the only two states in this category with session end dates towards the end of March, but both took actions to limit exposure where possible; Idaho adjourned five days early in a move that handed the governor the ability to veto legislation passed in the final days without recourse by the legislature, while South Dakota took a two week recess before returning a final day for a veto session and to pass a handful of emergency measures.

Three additional legislatures—Kansas, Maine, and Maryland—adjourned mid-March nearly a month earlier than they had previously planned. Of the three, Kansas legislators hope to return in the next month or so for a veto session. Florida, meanwhile, adjourned a few days past its previously scheduled adjournment date in order to pass a budget.

Finally, four states—Montana, Nevada, North Dakota, and Texas—are not scheduled to meet this year. While these states hold interim committee meetings in such “off” years, many of those meetings have been canceled or postponed because of the pandemic.