ICYMI: It’s time for American employers to unite on US paid family leave 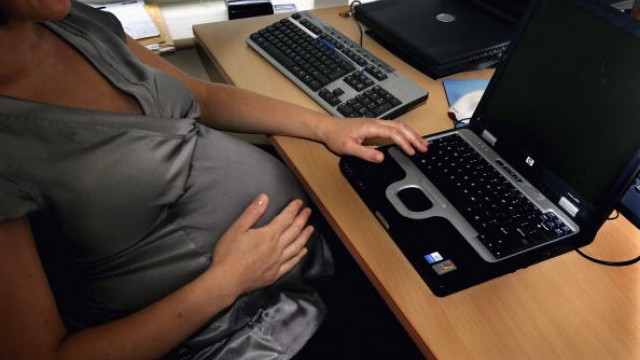 The following piece originally ran in The Hill on 05/08/17, which can be found here.

Paid family leave is proven to reduce stress, increase child survival rates, improve chances of successful breastfeeding, and give mothers time to physically recover after having a baby. Yet, America is the only developed country in the world without a national policy, forcing many women to return to work before they are ready. In fact, one in four women return to work less than two weeks after giving birth.

Consider this: just two weeks after giving birth, many women are still bleeding, experiencing physical pain, grappling with the hardships of breastfeeding, and just starting to bond with their babies.

In the absence of a federal policy, U.S. employers have stepped up to establish their own paid family leave programs.

As leaders of both political parties begin to explore what a national paid family leave policy could be, they are starting to take a look at these exemplary American employers for guidance. Washington wants to know how paid leave has been good for business, grown market share, helped with retention and recruitment, and balanced the needs of our complex economy.

To take part in these crucial conversations, it’s important for the wide variety of U.S. companies with strong policies to elevate their data, share employee stories, and demonstrate how paid family leave is good for their business and communities.

By and large, technology giants are regarded as the drivers of the paid family leave movement. When Spotify announced their generous six-month paid parental leave policy in 2015, Chief Human Resources Officer Katarina Berg said the policy was born out of the company culture’s “emphasis on a healthy work/family balance, gender equality and the ability for every parent to spend quality time with the people that matter most in their lives.”

Many of these tech companies boast remarkably flexible paid leave programs that accommodate all types of new parents, with leaders like Google and Amazon now providing at least four months of paid leave and even featuring “Ramp Back” programs for new parents easing back into the office with flexible schedules.

But outside Silicon Valley — where critics often say paid leave policies are focused on solving for the lack of women in the workforce — there are hundreds of companies of varying scale and industry that provide innovative and flexible paid leave policies.

In the financial services sector, Bank of America offers four months of paid maternity, paternity, and adoptive leave for full- and part-time employees, and American Express provides up to five months of paid leave and financial assistance for parents who pursue adoption or surrogacy.

When recently rolling out a new policy of ten weeks maternity leave and two weeks paternity leave, Hilton’s Chief Human Resources Officer Matt Schuyler noted that “when our Team Members feel great about where they work, it is reflected in the exceptional experience that they provide to our guests.”

Nestlé provides fourteen weeks paid leave to primary caregivers with the option of extending unpaid leave up to six months, and Anheuser-Busch gives sixteen weeks paid to mothers and up to eight weeks for primary caregivers. When launching their new policy in 2015, Paul Bakus, president of Nestlé corporate affairs, said: “Right now, I think many companies are just looking at this as a cost, and they don’t have a lot of data to see it from a different vantage point. We’ll be looking at whether or not the retention rates have changed over time, which we hope to be a positive outcome, and that success would encourage other companies to pile on and do this.”

All in all, the tide is turning, and more and more industry leaders are supporting their employees and companies with paid family leave. Thanks to these private sector pioneers, a record 82 percent of Americans now say employers should provide paid leave for mothers following birth or adoption, and 69 percent say fathers should have the same.

The reason is simple: these industries are some of the country’s strongest economic contributors. Each of these sectors is highly competitive, and they prioritize attracting and retaining the best talent from each of their fields. As a result, they recognize the need for flexible paid family leave policies and inspire their competitors and up-and-coming players in their industries to do the same.

As policymakers take a closer look at what a federal paid leave policy could be, this diverse array of American employers must come together to advise Washington on how to shape this policy. We need the companies that employ the 14 percent of women who have paid maternity leave to show how this benefits business, grows market share, improves the lives of our people, and gives babies a healthy start to life.

Leaders of American employers know: to get your voice heard, you must have a seat at the table. It’s time to speak up and prove why paid family leave is good for employees, good for business, and good for the economy.

Adrienne Schweer is a Senior Vice President at Forbes Tate Partners, and former chief of protocol at the Department of Defense. She is the founder of Family Leave Works, and a mother of three. Twitter Handle: @adriennesully.