Washington desperately needs a win: How about paid family leave? 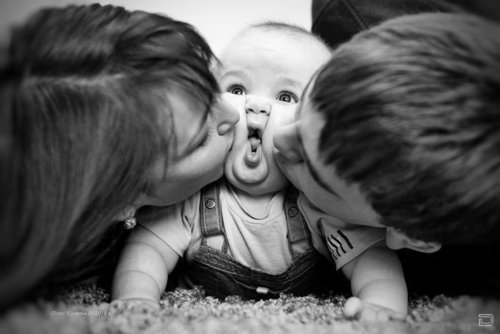 We have had Governors, business leaders, Members of Congress, Presidential candidates and Administrations from both parties call for paid family leave but it still can not break through in Washington. Just this past month, in true bipartisan fashion, AEI and Brookings released a report on how a national paid family leave policy is needed in the United States. The working group of experts compromised and laid out a potential comprehensive policy that was heralded by a wide array of leaders in Washington.

As the public and politicians continue to weigh in, could a national paid family leave policy be something Americans actually see implemented in the near future? We think so.

When it comes to paid family leave, leaders from both parties – Democrats and Republicans in the Senate and even the President – have signaled they are willing to work across the aisle. With 87% of American women not having a single day of paid maternity leave, it has become a common-sense issue that most Americans support. If Washington works together, this could be a big and lasting win for working parents and American business.

Regardless of toxicity in Washington, any issue that boasts such a strong combination of public support, economic interest, and political momentum can create meaningful policy change.

The number of Americans with access to paid family leave from their employers has only grown ten points in the nearly 25 years since the Family and Medical Leave Act was passed in 1993, which required employers to provide new parents with job-secured but unpaid leave.

Countless studies over the years have shown how paid family leave reduces infant mortality rates, improves women’s ability to stay in the workforce, boosts employers’ business, and helps grow countries’ GDP. Anecdotal stories from across the country point to the personal need for a paid family leave policy that gives American workers financial security and peace of mind.

The American businesses that have already gotten on board with paid family leave have noted how these policies help with recruitment, ensure employee retention, grow market share, and boost a company’s overall brand. But more needs to be done to ensure all workers have access to the benefits of paid family leave.

On the whole, academics and labor experts agree that a paid family leave policy would build a stronger American economy. According to the Georgetown Center on Poverty, parents forgo an estimated $96 billion in wages to care for their young children. That’s why economists have estimated that a national paid family leave policy, with its strong effect on female worker retention, could grow the United States’ GDP by 3.5%.

Right now, there is a prime opportunity to provide real direction for this growing movement for paid family leave. Taking a cue from the AEI and Brookings partnership, Washington could shape a bipartisan plan that would create financial stability for families, providing them the ability to make sound long-term financial decisions and give their children healthy starts to life.

Enacting a lasting paid family leave policy would grow American business, improve political goodwill, and provide financial security for millions of hard-working Americans. It’s time for leaders from both parties to unite and make this happen, and it’s time for Washington to have a win on major national policy.