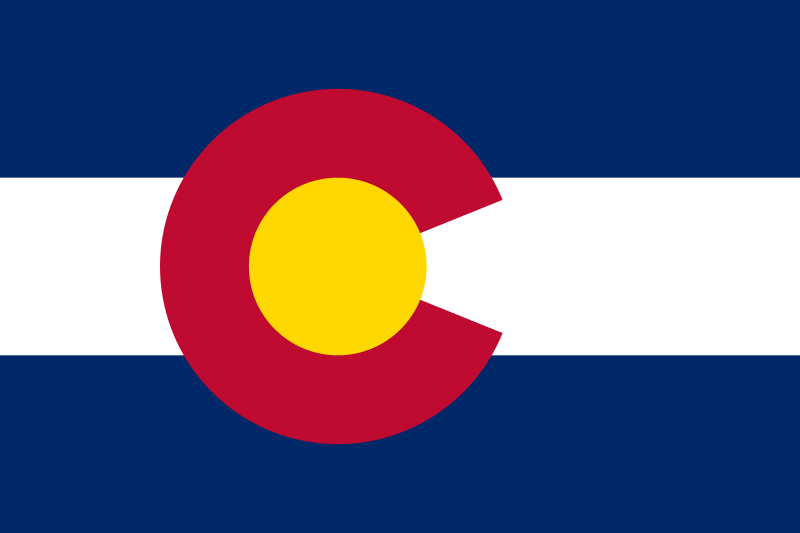 As we head into the fall, an additional five state legislatures – Alaska, California, North Carolina, Oregon and Washington – have adjourned for the year, bringing the total to 43. Massachusetts, Michigan, New Hampshire, New Jersey, Ohio, Pennsylvania and Wisconsin are still in session.

On trend with our earlier blogs, the outcomes (both in diversity of bills filed and pure number of bills signed into law) of legislatures vary widely from state to state. While California brought hundreds of bills to the Assembly floor in the last hours of open legislature, North Carolina struggled to get bills past committee. Colorado proved to be the most efficient combination of legislatures, passing into law 65% of the bills introduced, while Texas was by far the most prolific legislature (Exhibit 1). 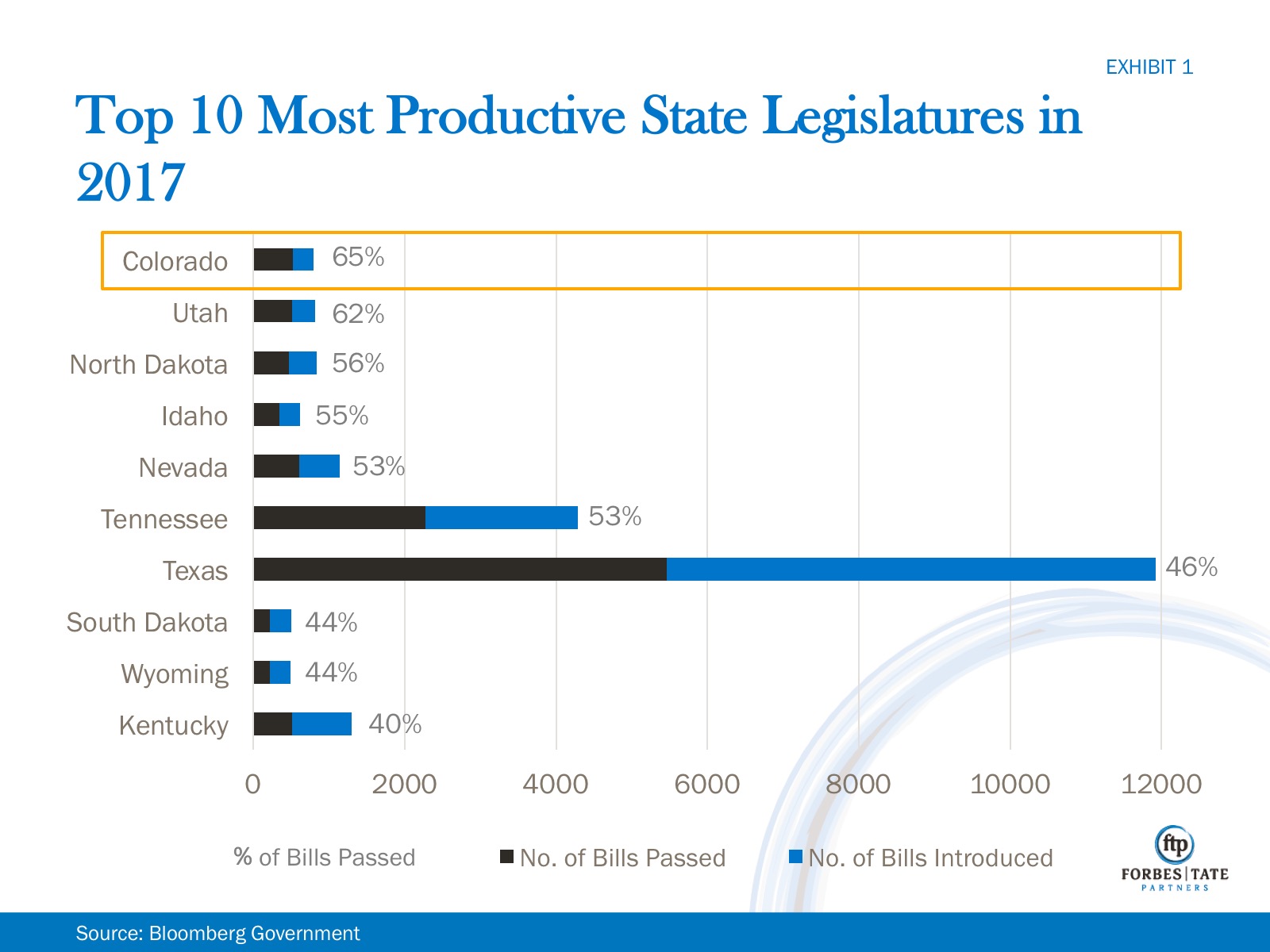 The information above is based on the most current data from Bloomberg Government. We arrived at the rate of productivity by taking the number of bills passed from the number of bills introduced. This data does not take into account multi-year legislatures.

Since our last overview, 18 legislatures have also held special sessions, wherein legislators convened after the regular session to deal with specific issues. While Texas spent the summer debating their bathroom bill, most legislatures – including Illinois, Delaware, Minnesota, and Oklahoma – gathered to tackle their budgets.

Between lagging revenues and political differences, most state legislatures continue to struggle to pass budgets and miss deadlines, a trend that will certainly continue into 2018.

After months of debate over how best to address its deficit, Alaska narrowly missed a government shutdown and passed a $4.9 billion budget during the first of four special sessions this summer. In North Carolina, the Republican-led budget was passed mere days before it took effect and only after the General Assembly overrode Governor Roy Cooper’s veto. Oregon also managed to avoid a budget disaster by raising hospital taxes and imposing a new tax on health plans, and Washington evaded a shutdown with a much-scrutinized property-tax increase.

Meanwhile, California passed a $183.2 billion plan as well as a new transportation plan and an extension of their landmark climate change program all before suspending. The budget is the biggest in state history and will focus on public schools, tax credits to the working poor, and Medi-Cali, the state’s healthcare program for low-income Californians.

It’s also worth mentioning here that Connecticut, a state which adjourned back in June, is the only state without a 2018 budget, and will likely be without one for some time.

As part of state budget deliberations, funding for public education remains an important topic. In addition, states are poised to play a larger role in setting education policy under the Every Student Succeeds Act, which replaces the No Child Left Behind Act.

Unfortunately, North Carolina’s decision to raise teacher’s salaries does not fully address the state’s broad failure to support public school communities who are currently scrambling to find and pay teachers after an unfunded mandate lowered K-3 class sizes. In Oregon, while the total K-12 education budget was brought to $8.2 billion, an 11% increase from the last two-year budget, funding levels are still not adequate.

States continue to bid for autonomous driving sites with the west coast leading the race.

California is ahead of the curve on autonomous vehicle legislation; self-driving vehicles have been on public roads since 2010 when Google began testing. Washington isn’t far behind however, now that Governor Inslee signed an executive order to allow driverless cars in his state.

In April, Oregon took a first step towards autonomous vehicles and is directing the Portland Bureau of Transportation to create a policy to open up the city’s streets to self-driving cars. North Carolina also hopes to get on the bandwagon. The Tar Heel State passed an early-stage autonomous regulation bill in the spring.

As states continue to look for solutions to the opioid crisis, we’ve seen the implementation of proven measures – tracking of patient recovery effort, an increase in law enforcement carrying naloxone, and the use of community-based intervention programs – as well as new ideas.

California state assembly members have proposed various legislative solutions such as “safe injection” testing sites where adults could bring drugs they had already obtained, or a one-cent-per-milligram surcharge on opioids sold by prescription wholesalers. However, any legislation to further address the epidemic failed to advance during the legislative session this year. In North Carolina, Governor Cooper signed into law the Strengthen Opioid Misuse Prevention or STOP Act, which limits doctors to prescribing no more than a five-day supply of opioids during an initial visit to the physician.

While medical marijuana becomes more and more popular, legacy states struggle to keep up with regulation, and how to meet growing demand.

Though Oregon legalized medical marijuana back in 1998, there’s concern that today’s marijuana regulation might hinder future industry growth. A new set of rules, including round-the-clock security and regular reports to the state health authority, have put expensive and unnecessary burdens on growers. In Washington, new policy which folds the recreational market into medical space has closed hundreds of medical dispensaries, making it more difficult for patients to gain access to medication.

With the majority of states now out of session, the next few months will be spent planning for the 2018 docket. Legalization of medical marijuana, addressing the opioid epidemic, and tackling the infrastructure and safety issues that go along with driverless cars will likely need additional attention by state legislatures in the next year.

As we get closer to the 2018 legislative session and ensuing midterms, all eyes will be on the state elections. Over 80% of the total state legislative seats will be up for election while thirty-six states will also elect new governors.

This is the third of a multi-series blog on nation-wide trends. See parts one here and two here.