Mergers & Acquisitions: Why You Must Think Politically

Governing is hard. It’s no great secret. Any student of American history knows our nation’s founders structured the federal government to be a slow, deliberative body on purpose.

But in a time characterized by partisan gridlock, some may wonder: Is it still important to have a government affairs strategy? If Congress can’t get anything done, why bother?

Government affairs is more than scheduling meetings with Members of Congress and passing legislation. A comprehensive government affairs strategy provides value above and beyond stereotypical lobbying services, and can significantly impact corporate goals, including mergers and acquisitions.

The history of Allergan

For those who do not know, Allergan was a pharmaceutical company based in Irvine, CA. Allergan specialized in market-leading innovative products, including eye medications, medical aesthetics, and Botox.

In early 2014, Valeant, a Canadian pharmaceutical company, and Pershing Square, a controversial hedge fund management company, teamed up to pursue a hostile takeover of Allergan. Between February and April, Pershing Square acquired 9.7% of Allergan’s shares.

In June, Valeant publicly announced a tender offer for Allergan shares after Allergan’s board of directors rebuffed multiple unsolicited merger proposals. Then, to circumvent Allergan’s board, Valeant and Pershing Square went directly to Allergan’s shareholders, urging them to call a special meeting to replace the board with directors friendly to Valeant.

Allergan struck back and filed a suit against Valeant and Pershing Square in August, alleging the defendants’ conduct amounted to insider trading. Following a court-approved period of expedited recovery, Allergan filed for injunction in October to prevent the defendants from calling a shareholder meeting to replace the board. Ultimately, Allergan’s lawyers were unable to prove a shareholder meeting would cause irreparable harm to the company and the court did not place an injunction on the meeting.

However, before the special shareholder meeting took place in December, Allergan announced in mid-November that the company would be merging with Dublin-based Actavis Plc to the tune of $66 billion, neutralizing the potential hostile takeover by Valeant and Pershing Square.

A tale of two companies

Without a proactive government affairs strategy – and given the new trend in the pharmaceutical industry of large companies acquiring smaller, niche drug companies, then dramatically increasing their prices – Valeant was exposed to a slew of condemnations, none of which the company was prepared to respond to adequately. While Valeant originally came under fire for potential insider trading, the company has remained in Congressional crosshairs as a result of its business model, which lawmakers have repeatedly called into question. Exhibit 1 is a timeline tracking congressional action. 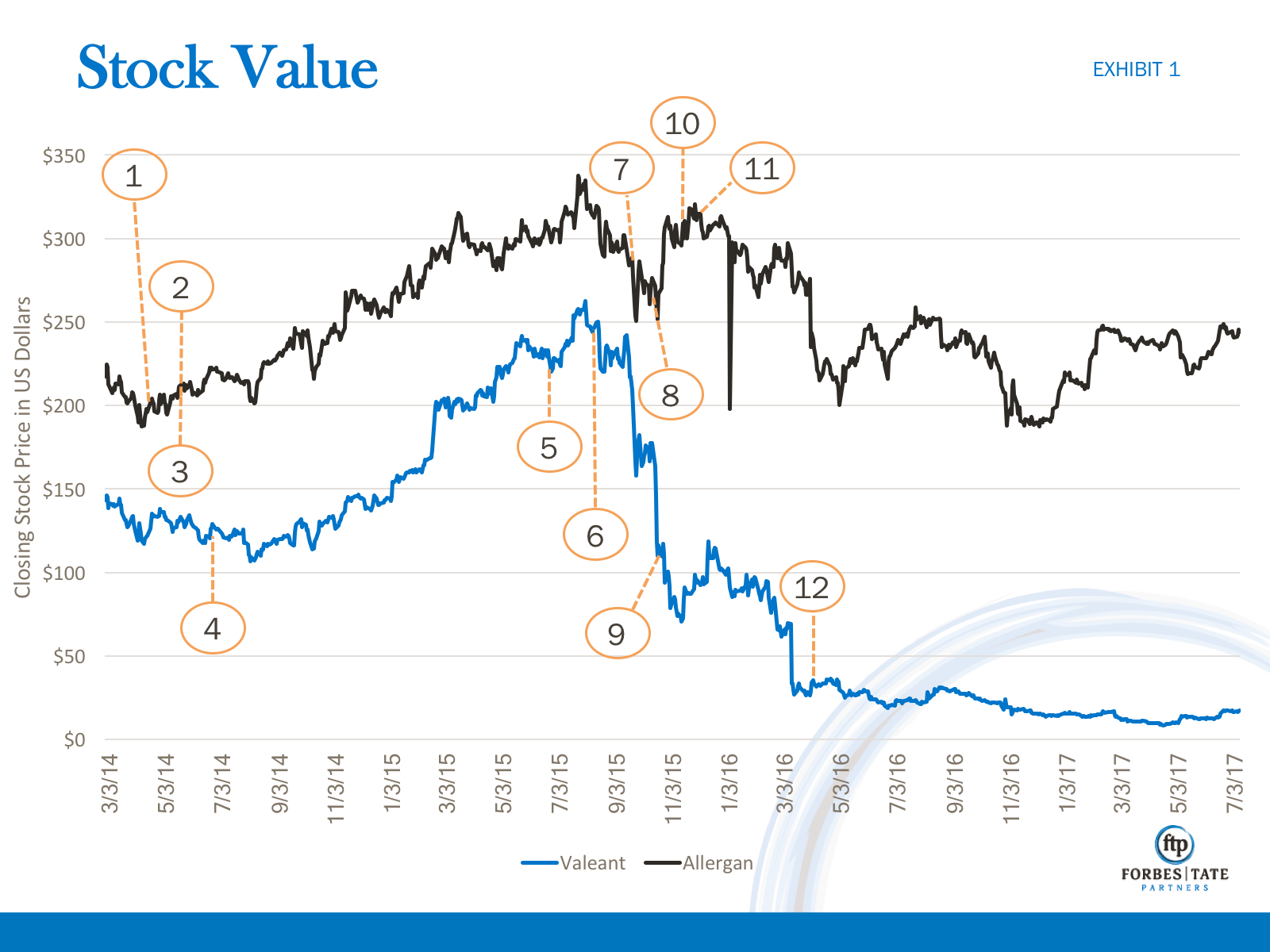 Throughout the attempted takeover, only one of the companies utilized an effective government affairs strategy: Allergan.

Allergan proactively communicated their values, products, and mission to those in Washington, both legislators and regulators. While this strategy was not unique to Allergan, the efficacy of their advocacy efforts was.

Allergan’s board and c-suite prioritized this government affairs work, committing at least four trips per year to Washington, while also making themselves available on-demand. For years, the company spent valuable time and resources conveying to lawmakers and regulators that the company was focused on more than just their bottom-line.

As of 2013, Allergan employed just under 2,500 people in their company headquarters in Irvine, California. In that same year, they drove economic growth to the tune of $6 billion in revenue, and invested heavily in their research and development – a key component of their business model that allowed them to maintain leadership within their niche.

By communicating their value to the immediate community, and country more broadly, the company was prepared to tackle any and all crises they faced – including a potential hostile takeover.

When it became clear to the board that the Valeant bid was not in the best interest of its shareholders, Allergan’s years of work paid off. The groundwork they had laid allowed them to strategically communicate the adverse impact that this deal would have beyond the company and its shareholders – from market consolidation and the corresponding negative effect on consumers, to the consequences a “shadow shareholder referendum” would have upon standards of shareholder transparency.

Since Members of Congress and regulators knew Allergan, and what they contributed to the U.S. economy, they were prepared to listen and take Allergan seriously. Allergan had their attention, and it was well earned.

So, why is it important to have a proactive government affairs strategy?

Just ask Pershing Square executives, who told their investors the following on a four-hour conference call justifying their massive investment in Valeant, “Valeant has underinvested in public relations, government relations, and investors relations. This has been a very costly mistake.”