What You Didn’t Realize Was Hidden In The Tax Code 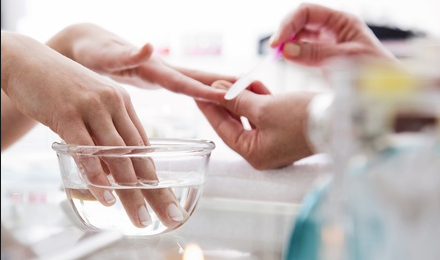 We’ve seen an alarming string of news stories about women in the workplace being treated differently than their male peers – from Google’s diversity memo crisis to offensive statements directed at high-profile board members. The fallout of those incidents has spiraled into many cultural conversations and facets of blame. But if the goal is to create an equal and diverse workforce with more women entrepreneurs, wouldn’t it be more effective to instead identify the barriers that prevent women from succeeding and remove them?

Did you know that only 13% of all private workers have access to paid family leave? Or that not one American Fortune 500 company has an African-American woman as its CEO? Or that you can deduct going to a boxing match or football game as a business expense but not a manicure or pedicure? When it comes to women entrepreneurs, women are more likely to be denied a loan and more likely to pay higher interest rates.

But before we get bogged down in statistics, let’s identify the barriers to success:

Often, the simplest barriers to entry are ones we didn’t even realize exist. Take bathrooms in the Senate, as an example – women in the United States Senate didn’t have enough bathroom stalls and restroom “traffic jams were commonplace” as late as 2013. And only 40 percent of women have access to lactation rooms.

There are other structures that put women on uneven footing and diminish opportunities for growth – let’s go back to this manicure example. According to IRS Pub 483, entertainment “includes any activity generally considered to provide entertainment, amusement, or recreation. Examples include entertaining guests at nightclubs; at social, athletic, and sporting clubs; at theaters; at sporting events; on yachts; or on hunting, fishing, vacation, and similar trips.” Manicures and pedicures, however, fall into personal care and therefore do not qualify. But what happens over baseball games or dinners out with a potential or current client? You catch up on personal issues and talk shop. Shouldn’t the nail salon fall into that category? And to be clear, I’m not saying women don’t like to attend sporting events or men don’t get manicures.

However, the tax code does put some activities for business development in the acceptable category and not others. This is in part because business development and entrepreneurship, over past decades, have typically been driven by men and male-dominated industries. More often than not, it’s the small items in public policy – the deductions list in IRS publications or the missing lines on paid family leave in the company handbook – that have the biggest impact.

The good news is today there are more women entering workplaces and raising these issues. In fact, women have recently outpaced men on college graduation rates. Slowly but surely more places are adding rooms for women who are nursing. In the White House, senior women made strides to ensure some very basic levels of comfort and amenities were available to everyone.

We aren’t going to solve all our gender issues by making mani-pedis an acceptable business development tax deduction. But we can review and amend policy that incentivizes certain behaviors and creates more obstacles for women, who are increasingly becoming the breadwinners in their households.

After all, women are over half the population. When we succeed, doesn’t everyone?

Sabrina Siddiqui is a Vice President at Forbes Tate Partners where she leverages her experience at the Obama Administration’s U.S. Treasury Department and expertise in tax, financial services, trade, and health care to lead Public Affairs campaigns for clients.